"The enemy gets a vote.” - James Mattis

"The place where you find out if you are really a pacifist is halfway to the floor." - Utah Phillips

"Dead soldiers are much more convenient than those that are still alive."  - Margaret Atwood

“With, without. And who'll deny it's what the fighting's all about?” – Roger Waters

"Give me the money that has been spent in war and I will clothe every man, woman, and child in an attire of which kings and queens will be proud. I will build a schoolhouse in every valley over the whole earth. I will crown every hillside with a place of worship consecrated to peace.” – Senator Charles Sumner

"Every gun that is made, every warship launched, every rocket fired signifies, in the final sense, a theft from those who hunger and are not fed, those who are cold and are not clothed. The world in arms is not spending money alone. It is spending the sweat of its laborers, the genius of its scientists, the hopes of its children." -President Dwight D. Eisenhower, April 16, 1953.

"One of the things we don't want to do is destroy the infrastructure of Iraq, because in a few days we're going to own that country." -Tom Brokaw

"When a war is over neither the dead nor the living can ever go home." -Archie Binns 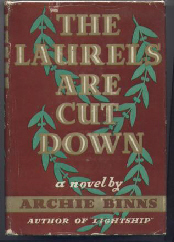 "When you get right down to it, you have to protect the manliness of war." -General Robert Barrow, USMC

"Why not go to war for oil? We need oil." -Ann Coulter

"It's a shame the French are not with us, as we could get them to advise the Iraqis on the best means of surrender." -Congressman Pete King (R-NY)

"We don't win unless CNN says we win." -General George Shalikashvili, Chairman of the US Joint Chiefs of Staff