"Who needs the Constitution when you have five votes?" - Ian Millhiser

"The next speaker, a lawyer, was more polished, possibly from having long been used as a tool." - Jim Tully, slightly modified


"An attorney must have either a guilty conscience or no conscience at all." -David Mamet

"Let me start off with my legal opinion. Liar, liar, pants on fire." - Nick Akerman

"Justice is the means by which established injustices are sanctioned." - Anatole France

"There is no satisfaction in hanging a man who does not object to it." -George Bernard Shaw

"In its majestic equality, the law forbids rich and poor alike to sleep under bridges, beg in the streets and steal loaves of bread. –Anatole France

“It’s a pretty big book, I’m pretty sure I can find something in here to take you to jail for.” – An Orange County (FL) Sheriff’s Officer during a warrantless raid, conducted at gunpoint in 2010, to check barbershop licenses.

"The freedom of individuals verbally to oppose or challenge police action without thereby risking arrest is one of the principal characteristics by which we distinguish a free nation from a police state." - Justice William J. Brennan, Jr.

“There has never been a state in this country that has ever banned gay marriage. That is a liberal lie.” – Michael Medved.

"The Patriot Act was not meant to be just for terrorism." -Mark Corallo, Justice Department spokesman.

"Well, you can fool some people some of the time, but you can't fool people with subpoena power all that often." -Matthew Herrington

"The law is like rope...useful, necessary, strong, but it can be bent and twisted into all kinds of shapes depending on the occasion." -W.P. Kinsella

"Sometimes we may rely too much on law and Constitution and statutes." -Robert Ray, special prosecutor

"I have my own army in the NYPD." - Mayor Michael Bloomberg, November 2011 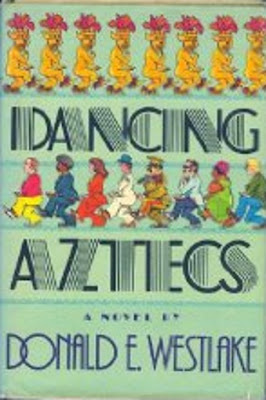 “In my judgment, this new paradigm renders obsolete Geneva's strict limitiations on questioning of enemy prisoners and renders quaint some of its provisions." - Alberto Gonzales, White House Counsel, on the Geneva Convention on Prisoners of War

"If [the media] convince enough voters that that is negative campaigning, for me to call Barack Obama out on his associations, then I don't know what the future of our country would be in terms of First Amendment rights and our ability to ask questions without fear of attacks by the mainstream media." -Governor Sarah Palin, October 31, 2008

"What the bill seeks to do is set back basic rights by some 900 years" -Senator Arlen Specter (R-PA) on the Military Commissions Act, which he then voted for.

"I do not think my impartiality could reasonably be questioned." -Supreme Court Justice Antonin Scalia, explaining why he would not recuse himself from a case involving Vice President Dick Cheney, with whom Scalia has recently dined and spent a weekend duck-hunting.