"There is in American history a specie of ignorance, absurdity, and imbecility unknown to the annals of any other nation." - James Callender

"Americans worship at the Church of the Second Chance." - Mara Liasson

"Questioning generals is what Americans do." - Neil Steinberg

"When you've got immigrants who are coming here legally, we've never in the history of this country passed any laws or done anything based on race or religion." - Governor Nikki Haley, R-SC. 1/13/2016

“When you don't like it where you are you always go west.” -Robert Penn Warren.

“The American dream is not a sprint, or even a marathon, but a relay.” - Julian Castro

"Marketing is what made America great. " -Jeffrey Dronkin, NPR Ombudsman 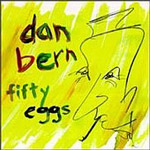 "I'd like to leave America for someplace where they would not know a word of English and I might be understood." -Dan Bern

"There is in American history a species of ignorance, absurdity, and imbecility unknown to the annals of any other." -James Callendar, 1797 (a few years before he published a story reporting that Thomas Jefferson was the father of his slave Sally Hemings' children, was grooming one of them for the presidency, and had a harem of African slaves. Callendar later drowned in a mud puddle.)

"The reason American cities are prosperous is that there is no place to sit down." -Albert J. Tally, 1924